Observing the mind is the first step on the path to freedom. Initially this will be a difficult exercise because the habit of interfering in the working of the mind is automatic. It is easy to get swept up in the alacrity of thought patterns. It is essential to stick with the observation process, even when it throws up disturbing and difficult thought patterns, as it is essential in building spiritual strength. Little by little the soul’s trapped energy gets transmuted into pure spirit, or consciousness, through the process of observation. It is useful to point out that the observation process is watching the mentally created self’s thought patterns without trying to defend it, or deny it in any way. Thinking of ‘me, myself or I’ is spiritual energy in the mind, it is energy in motion, or emotion.
The ego, which believes it is ‘me and I’, tries to take over the process of transmuting emotional energy into pure consciousness. This is due to the deep conditioning and identification with the world of form. The fact that form is a result of energy is forgotten by a mind governed by ego. The ego may make several attempts to try and fix itself, in this scenario, the ego splits and the egoic conscience which defines right and wrong, will act as judge over its lower ego.
No ego means no self. It is a state of pure witnessing presence, allowing the mind to be as it is without any hint of interference or need to change that which is, within or without. The spirit at the core of the Being is alert and aware of its true consciousness. 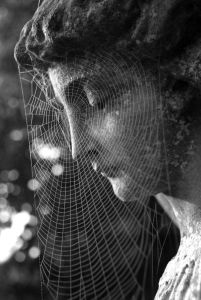