Science and spirituality are converging to a single point, a Singularity. The term science uses to describe the content of a black hole which appears in the universal field is a Singularity.

White dwarfs are the remains of dying stars, as stars die they compress into extremely dense matter. Neutron stars are even denser and smaller than white dwarfs. They are matter left behind after the death of very big stars. The protons and electrons of the atoms of such stars are crushed together by intense gravitational force and form sub-atomic particles called neutrons. A typical neutron star may be no more than twelve kilometres in diameter but it can still contain as much material as the Sun. If a neutron star’s mass is three times greater than that of the Sun, its shrinkage under gravity continues until the star collapses even further and it becomes so small and dense that nothing, not even light, can escape from its intense gravitational field. This phenomenon is termed a black hole. Science shows that eventually all matter in the universe will behave like the neutron star and that matter will shrink under the gravitational pull of a black hole.
Whatever the mindset, be it scientific or spiritual, both strands are converging at one point, the Singularity.

The behaviour patterns of humanity imitate that of the stars in the universe. A human’s luminosity is the result of energy released by radiance within its core. When this energy is stable it radiates at very high levels and is a perfect replication of the original design. When energy at the core of a human being is unstable it becomes energy in motion, or e-motion. Effectively this energy spreads out into its environs and becomes entangled with other humans until it becomes increasingly reliant on other energy sources to fuel its survival. The core energy of the human becomes more and more unstable as it loses its centeredness. A human’s core energy becomes depleted when it consistently interferes in the energy output of another human being. The energy output of a human comes through thought, word and action. By trying to manipulate the energy output of another person, the core energy of a human becomes compromised as it becomes attached to the other person through the process of manipulation and control. Using core energy for purposes other than its original design leads to instability and dispersal of vital energy. It demonstrates that the energy at the core of the human is out of alignment with its original design and it is trying to formulate a world separate to the totality of the universe.

If all stars behaved in this way, there would be utter chaos in the Milky Way and the rest of the universe. Energy that is not flowing with universal source energy is released into a world where the energies can be brought into balance. The human form is designed for such an eventuality. Human beings are here to learn non-interference and to uphold the original pattern of the universe. All energy expended through thought, word and action that is out of alignment with the original design has to be pulled back into the core of the human. Any feeling that does not reflect light, has to be released. Diffusion is the process of releasing attachment to another person’s energy field. This is experienced in the human as pain and suffering.
In scientific terms, humans are learning to stabilise their core energy and retract any energy entangled with dense matter. This is conservation of energy and allows it to radiate from the centre to attract optimum conditions within the universal field. Humans are learning that energy cannot be used to interfere in the order of the universe.

Collette O’Mahony (From ebook ‘Science of the Soul) 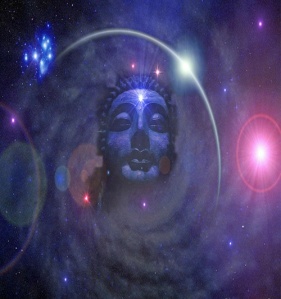